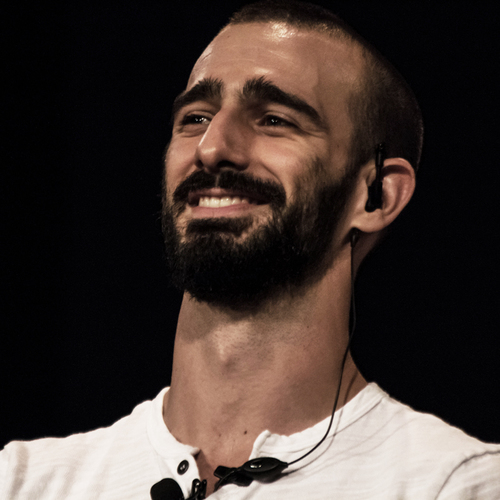 Costa began life as a creative misfit, using his imagination to spur havoc, laughter, and the occasional unintended success. Come to think of it, he hasn’t changed much over the years.

Some of his recent adventures include working with NASA scientists to reimagine the search for life beyond Earth, designing innovation tournaments inside of Fortune 500 companies to seed innovation projects, speaking at the United Nations in New York as part of the first TEDx event there, working with a group of cyber security experts (including one of the original creators of the internet—not Al Gore) to make recommendations to the Obama Administration, and that’s just the compulsory who’s who. Some of the most impactful and beautiful work he’s done has been with college students, young entrepreneurs, and nonprofit organizations.

Costa’s passion, and by some cosmic coincidence his job, is to help people be more creative, so they can solve new and meaningful problems in the world. He takes great joy and pride in skillfully priming the human brain, and the human heart, for creative breakthrough.

He cofounded Innovation Bound, and has joined a team of academics, entrepreneurs, consultants, and other creativity & innovation experts just like him to help accelerate innovation efforts in science, business, and beyond.

Costa grew up in the world of competitive gymnastics. To this day, he still chalks up to swing high bar on Wednesday nights. If you spend enough time with him, you’re sure to catch a glimpse of him flying through the air or standing on his hands.

What Is Innovation? - The word 'innovation' has become more and more common, but what does it mean?

The Idea Machine - Let's see if we can inspire people to come up with LOTS of ideas directly in their social media channels.

The Best First Thing to Do to Be a More Innovative Company - What if innovation is already happening at your organization, and all you need to do is discover it?

How Learning Keeps Pace in Our Fast-Changing World - Costa hosts Adeel Hasan in an exploration of trends in learning and development with an emphasis on the role of change in learning.

Making Things Better for People - Costa hosts Toby Scott in a podcast on the emergence and impact of Design Thinking.

How Curiosity Drives Innovation - An individual's ability to be innovative is the result of a variety of skills and attitudes, but curiosity is one of the core drivers.

Reclaim Your Creativity - Many of us don't identify as creative, but it's high time we all reclaim our creativity.

The Musical Life - Costa hosts Paul Kwiecinski in a podcast on music, learning, and leadership development.

The Original Think Outside the Box Puzzle - A puzzle that demonstrates thinking outside the box, and an upgrade to it for modern times.

Let's Talk About Failure - Innovation is not without risk, and this brings how we treat failure into question, but let's not get ahead of ourselves.

Audience of One - Costa hosts Abraham Burickson in a deep discussion on Abe's learnings after twelve years of designing immersive performances for audiences of just one person.

Giving Feedback to Improve Ideas - When someone asks you for feedback on a new idea, are you helping them improve the idea, or evaluating it? Hint: Ideas are like babies.

Taking Your Creativity on Vacation - The novel experiences you have on your next vacation can restore your creativity.

Who We Are - Meet Costa, the rest of the Innovation Bound team, and the extended family in this video.